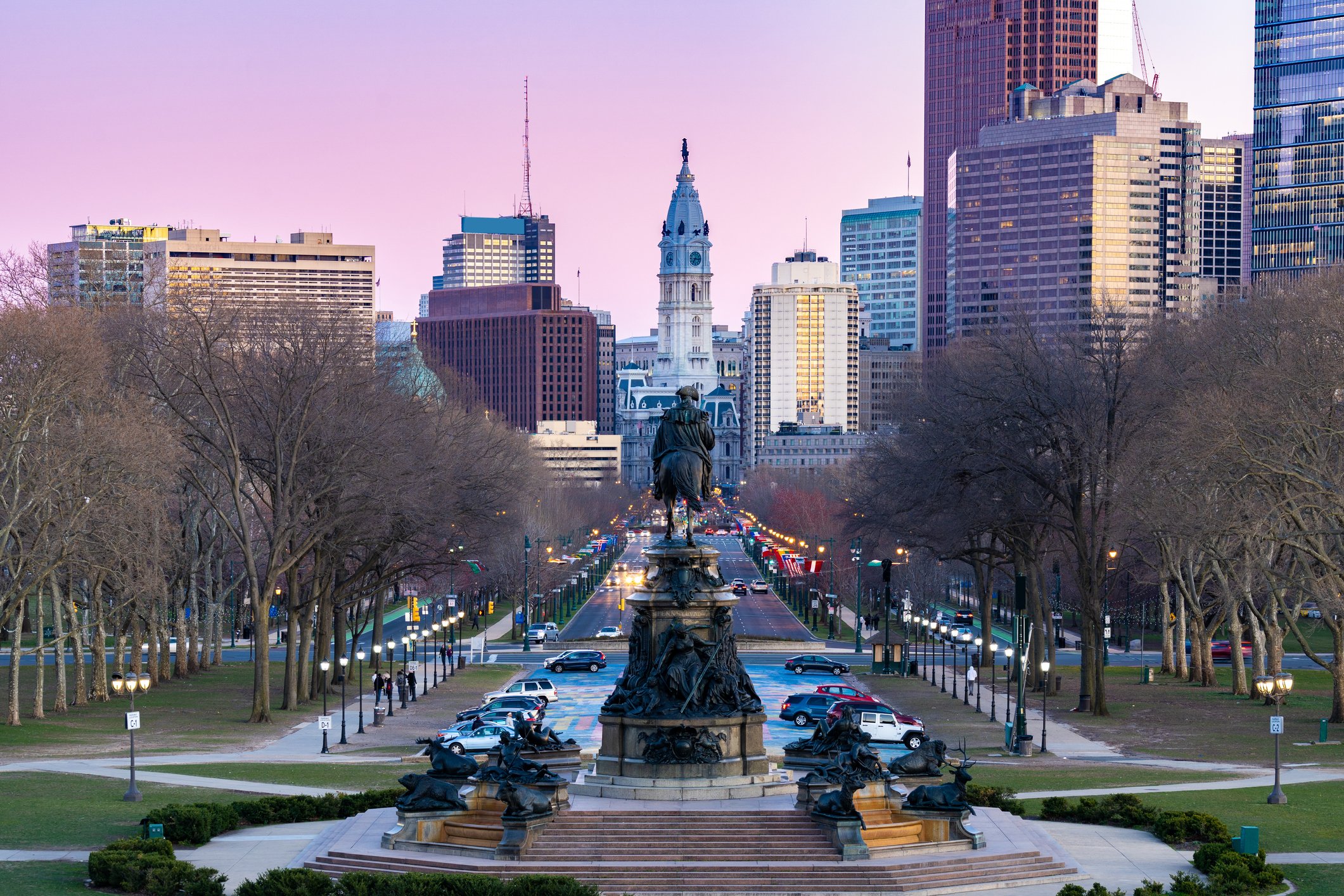 Want to travel somewhere new? Pennsylvania is definitely the place for you! Known as the Keystone State for its role in building the foundations of the United States of America, Pennsylvania is jam-packed full of historic landmarks and attractions for travel clinicians to explore while off work! Check out these 10 hand-picked tourist attractions the next time you are on assignment in Pennsylvania!

Families will enjoy an outing to this famous amusement park in Hershey, a town also closely associated with chocolate. Hershey Park is the town’s main attraction with 90 acres of rides and entertainment for kids and adults, ranging from roller coasters to aquatic shows. The park was originally built in 1906 as a recreational area for Hershey’s workers but expanded over the years to attract visitors from all over. Hershey Park continues to expand, offering a wide range of things to do for all ages. In addition to kiddie rides, the park has all the family favorites like a carousel, train, bumper cars, and Ferris wheel. There are also several water rides perfect for a hot summer’s day and more than a dozen roller coasters designed to thrill.

The Gettysburg National Military Park in Gettysburg is the site of Gettysburg Battlefield, where in 1863 this Civil War battle took the life of some 51,000 people over a three-day period. Hundreds of markers and monuments now grace the park. Key highlights are Seminary Ridge, which was the primary Confederate position west of Gettysburg for days two and three of the battles; Cemetery Ridge, the site of Union Lines for the final two days of battle; and Oak Ridge, the site of the opening day battle of the Civil War.

The Park Museum and Visitor Center has several exhibits, including the Rosensteel collection, which is one of the largest collections of Civil War uniforms, weapons, and personal items in the United States. The park also hosts living history programs and reenactments and has extensive horseback riding trails.

This small town in Lancaster County is known for its Amish culture and railroad history. One way to appreciate this area is to take a ride on the Strasburg Rail Road, which offers 45-minute scenic journeys aboard the country’s oldest turn-of-the-century steam trains. The coal-powered locomotives pass through Amish country and farms. The Railroad Museum of Pennsylvania displays historic railroad artifacts with more than 100 locomotives and cars from the mid-nineteenth and twentieth centuries.

Strasburg is also home to the National Toy Train Museum, which has extensive displays of model train collections from the 1800s through today, hands-on educational exhibits, and special events. In keeping with the town’s love of trains, Traintown USA features a 1,700-square-foot model train layout complete with animated figures and 22 trains.

This enormous complex sits in Pittsburgh’s Schenley Park, where its botanical gardens and facilities cover 15 acres. Donated to the city in 1893, the conservatory has grown to include 23 gardens in addition to the massive 14-room glasshouse, which is home to impressive collections of bonsai and orchids. The glasshouse also has several other permanent environments, including the Desert Room, which features cacti, and the Tropical Forest Conservatory. Other exhibits change throughout the year, with seasonal flower shows and events. Outdoors, visitors will find traditional flower gardens as well as unique ones like the aquatic gardens. The Conservatory complex also includes the Center for Sustainable Landscapes, which is considered to be one of the “greenest” buildings in the world. The center hosts educational programs and is responsible for maintaining green practices throughout the gardens and facilities.

Fallingwater is one of the most famous of the buildings designed by Frank Lloyd Wright, known for its organic architecture that simultaneously harmonizes and contrasts with the natural world around it. In addition to the magnificent architecture, the collections of the home’s former residents, the Kauffman family, are a main attraction. Sculptures large and small adorn the property inside and out, including pieces ranging from Mexican folk art to the works of prominent Cubist sculptors. Some of the most impressive pieces include a cast iron Buddha head (circa 906-1127), an Austrian-Bohemian Madonna crafted in 1420, and an 8th-century sculpture of the Hindu fertility goddess Parvati.

The Philadelphia Museum of Art houses one of America’s largest collections of art and is also an iconic building in the city. The museum’s front steps were featured in all of the “Rocky” movies, and from the top of these steps is a grand view down Benjamin Franklin Parkway to the landmark tower of City Hall. Inside, the museum’s permanent collections include a wide range of art, including an extensive European collection featuring works by Rembrandt, Cézanne, Matisse, Monet, Picasso, Renoir, Chagall, and Manet. Other galleries include those dedicated to textiles and fashion, American colonial furniture, and an outdoor sculpture garden.

One of the top parks in Pennsylvania, Presque Isle State Park sits on a peninsula that curves out into Lake Erie, creating Presque Isle Bay, an important shipping and transport center. The park is open daily year-round and has plenty to offer, including eleven miles of beach and several hiking trails. As well as swimmers and sunbathers, many visitors come here to collect colorful “sea” glass that has washed ashore. Kite-flyers also love the open space and lake winds, and Sunset Point is a favorite spot. The park also hosts seasonal events and summer concerts that are free and open to the public.

At the entrance of the park, the Tom Ridge Environmental Center houses exhibits about the local history and ecosystems. The center also facilitates activities and has a 75-foot observation tower from which you can admire the surrounding park and lake. There are also amazing views of the lake from atop the Lighthouse on Presque Isle, which can be visited by guided tour, as well as the lesser-known Lighthouse on North Pier.

One of America’s most historic areas and home to the Liberty Bell, Independence National Historical Park in Philadelphia is a national treasure. Independence Hall is the central attraction at the park, famous as the site where the Declaration of Independence was signed and where the Constitution was drafted. The Liberty Bell sits on display across from Independence Hall, surrounded by a series of exhibits describing its history. Independence Mall, laid out in 1948, extends north of here, forming the remainder of the park, which is paved with old cobblestone streets. Here, you will find historic buildings, like Congress Hall and Old City Hall, and museums including the Ben Franklin Museum and the National Museum of American Jewish History.

Located in Pittsburgh, the Andy Warhol Museum offers an insightful look at the life of this great American pop artist. On display are some of his most famous pieces, including the Marilyn and Elvis portraits and the Tomato Soup Cans. In addition to his art are exhibits related to his life from his early years through to the end of his life.

The State Capitol Complex in Harrisburg covers 45 acres and houses both active government buildings and several tourist attractions. The Capitol Building itself is an impressive structure built of Vermont granite whose entrance is guarded by a pair of bronze doors weighing one ton each. Sitting atop the building is a grand dome inspired by Rome’s Cathedral of St. Peter, which weighs in at a massive 52 million pounds. Tours of the Capitol Building can be scheduled in advance.

The State Museum of Pennsylvania is also located on the complex grounds and includes a natural history museum, planetarium, historical exhibits, and a collection of artifacts and documents from the state’s early years. Throughout the complex of historical and government buildings are many statues and memorials, including Soldier’s Grove Quadrangle, the Pennsylvania War Veterans Memorial Fountain, and a replica of the Liberty Bell.