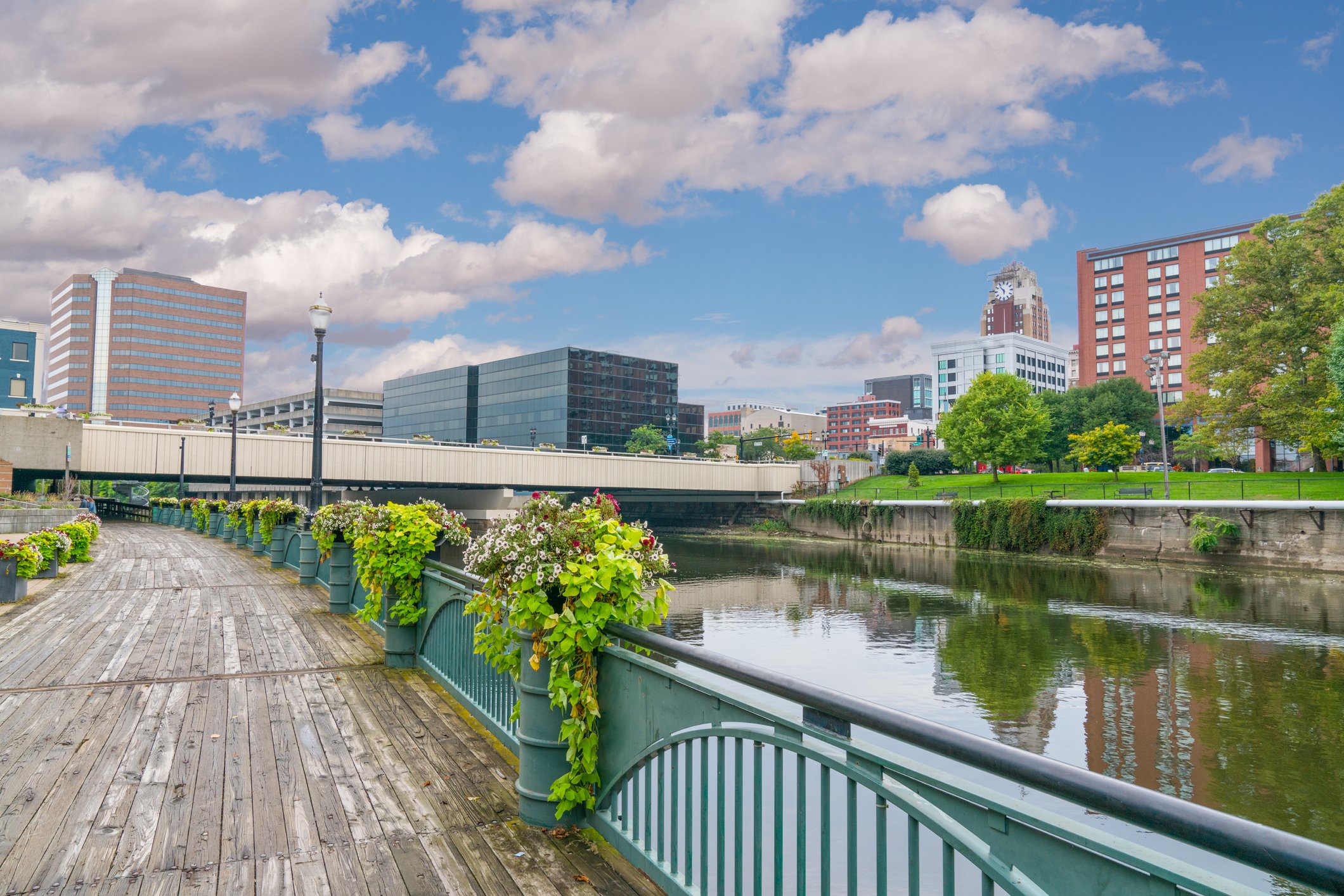 Michigan’s most-visited tourist destinations include a wide range of interests thanks to the state’s diverse landscape, rich history, and legendary city of Detroit. There are endless opportunities for clinicians on assignment who are looking to enjoy nature. For those looking for a faster pace, Detroit is an excellent place to visit, a city which has worked hard to embrace its significant contributions as the Motor City while evolving into a top tourist destination and cultural center. Take a visit to these top 10 attractions the next time you are on assignment in Michigan!

The Michigan Historical Museum in Lansing was the first facility created by the state museum system and is its largest educational center. Exhibits and artifacts range from an exploration of the region’s native populations through the state’s evolution and growth as it became what you see today. Permanent and rotating exhibits include interactive modules, films, and presentations. Exhibits are continuously updated to incorporate the latest technology while enhancing visitors’ ability to look into the past. The Michigan History Museum System also operates several other museum sites and archival collections, maintains historic markers, and offers special programs and events for both residents and tourists.

Mackinac Island offers a look at a historic period and a simpler way of life, before cars and buses. Visitors can take a ferry to the island and spend the day wandering through the shops of the old town, touring the island on a horse-drawn carriage, hiking, or visiting Fort Mackinac. Opened in 1957, Mackinac Bridge connects the Lower Peninsula at Mackinaw City to the Upper Peninsula at St. Ignace. One of the longest suspension spans in the world, it eliminated the backup of vehicles waiting for ferry passage across the straits. The Mackinac Bridge Museum contains many interesting and original artifacts from the construction of the Mighty Mac.

Michilimackinac, located in Mackinaw City, was a French fur-trading village and military outpost that operated from 1715 until 1781, when it was almost entirely destroyed by fire. Also known as Fort Mackinac, the site is now home to 14 fully restored and authentically furnished buildings, one of which is the oldest in Michigan. Presented as a living history museum, the attraction offers plenty of things to do. Costumed interpreters work and go about their day as they would have in 1775, from farming and cooking chores to musket and marching drills.

Highlights include the Soldiers Barracks housing an exhibit on the island’s history, the Post Hospital with descriptions of medical treatment during the fort’s operation, and the Post Guardhouse that explores the era’s military justice system. Visitors may explore freely or choose a guided tour, and there is a children’s area dedicated to engaging younger historians in learning about 18th-century life.

Although it is the third largest of the Great Lakes, Lake Michigan is the only one that entirely borders U.S. soil, and it also gives the state the distinction of having the second-longest shoreline of all 50 states, second only to Alaska. A comprehensive look at the lake’s importance can be found at the Michigan Maritime Museum in South Haven, and there are numerous boat tours perfect for sightseeing, like the Tall Ship Manitou in Traverse City.

The lake’s islands are a popular destination, with the Beaver Island Archipelago and the Manitou Islands as tourist favorites. The Manitou Islands are part of the Sleeping Bear Dunes National Lakeshore, which is known for its expansive dunes that are perched on headlands along the shoreline. This state park is one of the most visited, noted for its variety of hiking trails and the Pierce Stocking Scenic Drive, which spans 7.5 miles along the coast. Other impressive lakeshore dunes include the Warren Dunes in Warren and the P.J. Hoffmaster State Park in Muskegon.

Windmill Island is a 36-acre heritage park filled with manicured flower gardens and Dutch architecture. In May, the park comes to life with 175,000 tulips, and in June the extensive gardens change to annual flowers. Highlights include an authentic Dutch windmill, DeZwaan, dating to the 1760s and brought from the Netherlands in 1964. Standing 125 feet, the windmill is a symbol of the Dutch heritage of this area and is the only original Dutch windmill exported to America. It is still a working windmill producing stone ground flour for sale.

Holland is also home to the Outdoor Discovery Center of Wildlife Unlimited, which has taken on the task of restoring agricultural land to natural habitat. As a result of their efforts, there are now six distinct ecosystems on this 130-acre nature preserve. Highlights include walking trails and wildlife viewing opportunities.

The Detroit Institute of Arts is known for its expansive collection of humanity’s creative works from the earliest cultures through today. With more than 65,000 works of art in over 100 galleries, people from every corner of the globe are represented. The museum’s Islamic art collection includes examples of pottery, stone, and bronze, and there are prime examples from Classical Antiquity, medieval Europe, Oceania, Africa, and the Americas. Among the most coveted European works are paintings by Picasso, Rembrandt, Matisse, and Van Gogh.

While in the neighborhood, tourists will want to take a peek at the beautiful architecture at the Detroit Public Library then make the short walk down Woodward Avenue to the Detroit Historical Museum, which is dedicated to the motor city’s fascinating past and emergence as not only an industrial center but also the birthplace of the legendary Motown sound.

The Detroit Zoo has an impressive variety of animals in multiple habitats representing all parts of the world. African animals live either in the forest or grassland habitats and include everything from aardvark to zebra, with many family favorites like giraffes, lions, lemurs, and several primates. An arctic habitat is home to the zoo’s famous polar bears, and the Australian Outback has sixteen resident kangaroos and two wallabies. The exotic Asian Forest features red pandas and Amur tigers, while the North American habitats feature some of the continent’s most interesting animals, including bears, wolverines, and bald eagles. The zoo also houses reptile and amphibian centers, an aviary, and even a fine art collection. Visitors can tour the park aboard the miniature Tauber Family Railroad, which has been in operation since 1931.

Battle Creek’s Binder Park Zoo also offers a vintage train ride, as well as a “wilderness tram” through its African Savannah habitat, and the John Ball Zoo, one of the top attractions in Grand Rapids, has a large selection of special animal interaction opportunities.

Pictured Rocks National Seashore, on the south shore of Lake Superior, gets its name from the colors of copper, iron, and manganese oxide found in the rocks. The landscape here is a mix of dunes, cliffs, beaches, and rocky shoreline. The interior is forest covered, with inland lakes and rivers. Visitors come here to experience nature, usually through activities like hiking, camping, and boating. In winter, the area is open for cross-country skiing, snowshoeing, and snowmobiling. Nearby is Grand Island National Recreation Area, an island which is also popular with outdoor enthusiasts.

Isle Royale lies in northwestern Lake Superior near the Canadian frontier. Shaped by Ice Age glaciers, this 432-square-mile island has many lakes and streams, dense forests, and a variety of wildlife that includes wolves, foxes, moose, otters, ospreys, herring gulls, falcons, and more. This relatively unspoiled tract of country attracts those looking for a remote wilderness experience. The best way to see the park is on hiking trails and boat trips. Access to the island is by boat or seaplane. Trips usually originate from Houghton or Copper Harbor, Michigan, or Grand Portage, Minnesota.

The Frederik Meijer Gardens & Sculpture Park offers a variety of environments in which visitors can enjoy the synthesis of art and nature. Outdoor gardens include traditional foliage, a children’s garden that encourages interaction with its unique plants, a “Butterfly Maze,” and a peaceful Japanese Garden with twin waterfalls. The 1880s farmhouse is a replica of Lena Meijer’s first home and includes the Farm Garden. The Lena Meijer Conservatory is a five-story tropical environment that houses many rare and exotic plants, and in March and April, visitors can watch the amazing process of Monarch butterflies transforming from caterpillar to delicate insect. Sculptures are found throughout both indoor and outdoor spaces.